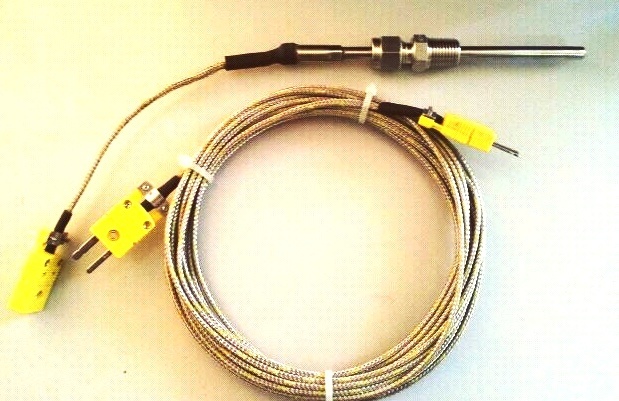 DA.MET Sales Pty Ltd, a marine and diesel engine repairs and servicing company, has been a customer of Pyrosales for a number of years. They had previously purchased type K thermocouples with 6m leads to service their customer’s engines.

This year, they brought in the leads, which had been damaged while servicing the engines, and we were asked to repair them.

After investigating the leads, it was determined that they were impossible to repair. Poor handling practices had led to the damage, with a large number of kinks in the lead. This meant it was too hard to tell where the lead was broken.

After asking what they were doing and how they used the lead, our Brisbane production team determined that a 100mm tail with a mini jack attached, and the remaining 6m as an extension lead with a mini plug on each end, would solve the problem of damaging the lead. This enabled the user to move the thermocouple into awkward locations without the lead attached. The user would then unroll the lead and attach it to the thermocouple after it was in place for testing.

This ensured improved handling practices, and reduced costs for customer.

A SCANIA customer visiting DAME saw the solution and contacted us to purchase the same set-up for the SCANIA workshop.