How a thermocouple is used to protect buildings from a bushfire 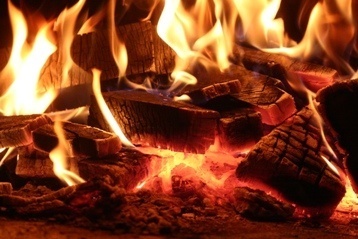 Pyrosales received a call from an architect, Jim, who was designing a resort-style holiday home near Newcastle in New South Wales. The property was located on a hill in bushland and was prone to bushfires.

Jim asked for assistance to design a permanent method of bushfire protection, to ensure the building, and lives, would be protected. The property has a dam at the top of a hill with a permanent supply of water and was for the use of fighting bushfires.

Jim had already designed a sprinkler system which he installed along the fence surrounding the building. To monitor the system, Pyrosales suggested he use thermocouples which would run from outside the fence to controllers in a junction box. The output from the controller would then be sent to the motor’s solenoid valve.

In all, 16 thermocouples were inserted from different sides terminating into controllers. As soon as the temperature increased, the thermocouples sent a signal to the controller, which in turn provided a signal to the solenoid valve to open. The motor then pumped water to the sprinkler system and put the fire out. The sprinkler only stoped working when the temperature decreased below a set point.

Jim was convinced this would work, and incorporated the design into his plan.