Thermal imaging – where is it used?

Thermal imaging is a method of using infrared radiation and thermal energy to gather information about objects, in order to formulate images of them, even in low visibility environments. It’s a type of technology that has built up a broad range of uses over the years. In particular, it’s an effective form of night-vision technology, with the capability to work in the total absence of any light (since it doesn’t rely on visible light), and can even work in smoke, fog, smog and haze.

Thermal imaging is based upon the science of infrared energy (otherwise known as “heat”), which is emitted from all objects. This energy from an object is also referred to as the “heat signature”, and the quantity of radiation emitted tends to be proportional to the overall heat of the object.

Thermal cameras or thermal imagers are sophisticated devices comprised of a sensitive heat sensor with the capacity to pick up minute differences in temperature. As they gather the infrared radiation from objects in a particular environment, they can start to map out an image based on the differences and inflexions of the temperature measurements.

Tracing the origins of thermal imaging, it’s believed to have its beginnings in the Korean War, being used for military purposes such as scouting and night combat missions. Since then, its uses have expanded far and wide, across different disciplines and for a variety of practical applications. 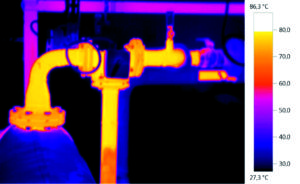 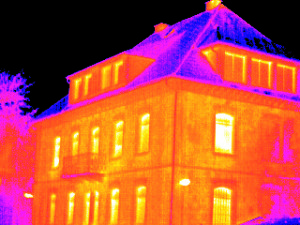 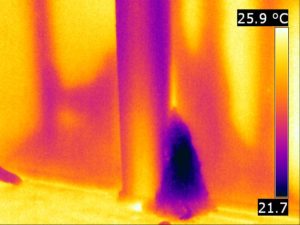 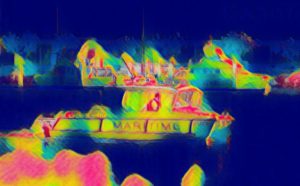 Transport navigation gets significant benefits from thermal imaging, particularly when travelling at night. For example, maritime navigation uses it for clearly seeing other vessels, people and obstructions during the night while out at sea. In recent years, cars have begun incorporating infrared cameras to alert drivers of people or animals beyond streetlights or the reach of their headlights. 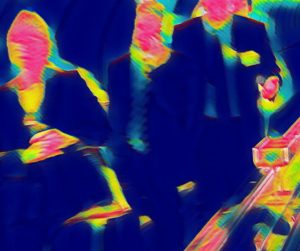 Police and law enforcement agencies incorporate thermal imagers into their surveillance equipment, used for locating suspects especially at night, as well as to investigate crime scenes and also for search and rescue operations. They’re superior to night-vision devices, as they don’t require any ambient light and are unaffected by bright lights, which is essential for tactical missions.

Science and research are undoubtedly sectors that draw significant benefits from using thermal imagers, for accurate and precise visualisations of heat patterns.

Other applications which use a thermal imaging camera include heating, ventilation and air conditioning installations, mould detection, quality assurance in processes such as glass manufacturing and many more.

Fun uses are available as well! There are a plethora of enjoyable, hobby-related things you can do with a handheld thermal imager, from finding birds and other fauna when out on hikes, to comparing relative temperatures of drinks, to even picking out cooler spots in a room!