How did Thermocouples help the Plastic and Bubble Wrap Industry?

How did Thermocouples, Mica Strip Heaters and RKC Controllers help the Plastic and Bubble Wrap Industry?

The bubble wrap industry has involved over the years from its humble beginnings, bubble wrap was invented in 1957 by Alfred Fielding and Marc Chavannes in New Jersey. They sealed two shower curtains together, creating a smattering of air bubbles, which they originally tried to sell as wallpaper.

Pyrosales works with many different industries in every case we try to create an individual temperature solution for the client. Recently we assisted a Queensland based company, Brisbane Bubble Wrap who were having an issue with their automated production system. 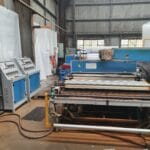 Brisbane Bubble Wrap is based in Cleveland Queensland, Deborah, and Rob Seymour in 2016 identified the need for a protective packaging manufacturer in Southeast Queensland. They offer their customers a cost effective full protective packaging solution, servicing a range of clients from the Automotive industry to Zoo’s. Deborah and Rob believe environmental responsibility is at the forefront of everything they do, from their own internal recycling, to offering their customers re-usable and biodegradable options alongside a recycling service. 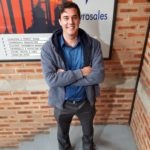 Johnathon Skinner our company representative assisted Rob by identifying the issues with the form fill seal machines. A form fill sealing machine is an automated pipe driven filling machine. Typically working in unison with a weigh-er, a pipe expands a flat sheet of wrap which is sealed via 2 elements after product is fed through the inside of the pipe. The machinery heating systems had aged creating very high energy consumption and consumption was only increasing, making the process not cost effective. Johnathon isolated the problem which was the MICA Strip Heaters required replacement. Johnathon also created a plan to maintain the correct efficiency of their automation systems, with replacing the thermocouples and using RKC temperature controllers to upgrade the system to have the best temperature solution.

The mica strip heater is a type of  heater in which the heating element is covered in thin sheets of mica. Mica strip heater produce both convection. they work in a very simple way essentially, an electrical current is passed through the resistance wire. As this wire is spaced evenly across the length and breadth of the element, it heats up its entire surface area. They feature a high temperature oxidation metal sheath and high-grade mica insulation resistant to moisture and high temperatures. Nickel/Chromium resistance wire evenly which provides for uniform and reliable heat distribution. 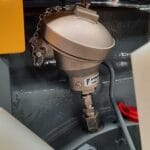 A thermocouple is a sensor that measure temperature. It is a pair of dissimilar metals joined at one end and elsewhere isolated electrically from each other. It produces a small electrical signal that can be used to monitor temperature. A popular notion is that the EMF (Electric and Magnetic Fields) is generated at the tip or hot end of the thermocouple at the junction between the two metals. This notion is completely incorrect. The EFM is not localised to the tip but is dispersed throughout the lengths of each leg. The total EMF generated in a thermocouple is the difference between the EMF’s in both legs. This is due to the Seebeck coefficient of the metal or alloy used. (Seebeck Effect is a phenomenon in which a temperature difference between two dissimilar electrical conductors or semiconductors produces a voltage difference between the two substances. This can be applied to thermal-to-electrical energy conversion. The Seebeck effect was discovered in 1821 by Thomas Seebeck). This coefficient is a measure of how the electrons are coupled to the environment, to the metal lattice, and, on a larger scale, to the grain structure. 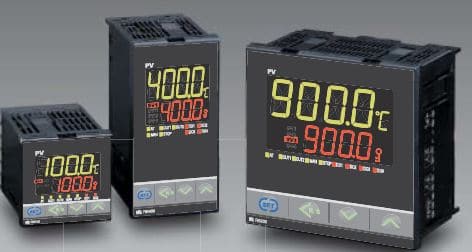 Johnathon solution of replacing the mica strip heaters, thermocouple and new RKC temperature controllers will provide Brisbane Bubble Wrap with a total temperature solution which will make their processing efficient, cost effective and less down time for repairs.

Pyrosales has established a reputation around the World as a specialist manufacturer of standard and precision temperature measurement solutions. Pyrosales maintains an approved quality management system to ISO9001 standard. This ensures all products provided by Pyrosales meet stringent quality requirements. Detailed procedures and regular reviews ensure the products manufactured are always high quality.