Are your Firefighting and Life Safety systems ‘Fit for Purpose’ and if not who is responsible?

Electric cables deliver the power supply to keep the air conditioning working, lights on and lifts functioning. They provide the connectivity for computers, communication and entertainment systems. They also run key life safety services, security systems, and firefighting systems. Maintaining fire safety systems, including fire alarms, smoke and heat detectors, firefighter’s telephones, fire and sprinkler systems, break glass alarms, CCTV and EWIS in the event of an emergency is vital. Electric cables connect critical elements – extracting fans and shutters, emergency and exit lighting, fire sprinkler pumps, air pressurisation and automatic doors. If the cables were to fail during a fire, then safety systems would be unable to function and lives can be at risk.

Cables are installed in buildings by many different trades for various applications and it is often not realised that kilometres of cable and tons of plastic and polymers can represent a major fire load and propagation path in the building. It is important that cables don’t add to the fire by spreading toxic by-products or smoke.

Electric cables are often noted as the cause of fire, although it is often not the failure of the cable that sparks the fire but the misuse of the cable, either by overloading due to insufficient or incorrect circuit protection, short circuit, over-voltage or damaged insulation. This can result in high temperatures in cable conductors or electrical arcing which may increase temperatures in the cable insulation and nearby combustible materials which cause the fire. Old cables can also present a problem as plastic insulation ages it can become brittle increasing the risk of breakdown or shock.

Building regulations, codes and standards recognise the potential risk electric cables present and cables must comply with various tests to prove a minimum level of performance. It is important to note that the standards and codes are only minimum requirements. Should a location or project require more robust performances, it is up to the professional design engineers and owners to provide this. The concern here is that simply following code may not in all cases absolve owners and engineers from liability. In the UK British Standards (BS8519:2010 and BS EN12485) recognise areas with ventilation limitations, including loading bays, underground carparks and storage areas as, “Areas of Special Risk”. In such environments additional requirements for fire resistance are recommended, particularly in relation to electric cables supplying power to life safety equipment. In Australia such a standard doesn’t exist, so the decision to identify and design accordingly sits with the engineer and owner. 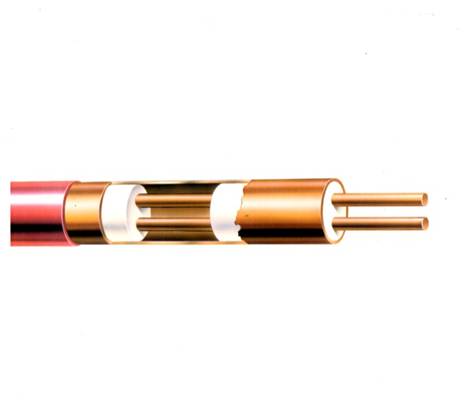 In Australia and New Zealand the applicable standard for circuits that must continue working during fire is ASNZS3013:2005. The method of testing a cable to this standard subjects the cable, supports and fixings to the time temperature protocoal of AS/NZS1530pt4 for 2 hours in a 1x1m horizontal furnace. There is an option in the test for water sprinkler resistance after the fire test, but only requires 1 sample from selected groups to be testing in order for the whole group to qualify. What this means is that the test allows for 2 out of 3 pass criteria, if the first sample fails. Is 2 out of 3 performance good enough for firefighting and life safety equipment? There is also the absence of vertical testing, which can often be the installation method for cable systems. This is problematic for the engineers responsible for designing with reasonable skill and care and a ‘fit for purpose’ system.

When comparing Australian testing to global best practice, the American UL2196 test method is certainly more robust. The testing method is carried out in a large 6.6×7 metre vertical furnace and cables, fixings and accessories are tested together, mounted in the configuration they will actually be installed in. In UL2196 cables are tested at their rated voltage (as opposed to the operating voltage) and at least 5 samples ranging from small to large sizes. The circuits are mounted both vertically and horizontally and 3 metre lengths with joints and bends if needed. The cables are energised and samples subjected to the fire time temperature protocol of ASTME-119-75 (similar to ASNZS1530pt4). During the test the cables, fixings and supports are placed under significant mechanical stress caused by expansion and contraction. At a final temperature of 1020°C and 2 hours, the cables are subjected to a fire hose stream test which provides huge thermal and mechanical stress on the wiring system. All 5 samples must survive in working order to receive certification and vertical and/or horizontal mounting is treated independently. Not factored into the standards in Australia or the USA, is the impact fire temperatures will have on the electrical resistance of the conductor. The resistance of copper will increase almost 5 times at 1000°C and this has a negative impact on the cable voltage drop and current rating capacity. Design engineers must consider this to ensure the reliable operating of connected equipment, even when part of the wiring system has been involved in a fire.

Standards for flame propagation testing of installed circuits of cables in Australia are AS/NZS 1660.5.1 (harmonised with IEC60332-3). This testing method may not be entirely suitable for flame retardance testing of power cables, as this method does not require preconditioning of samples to their operating temperature, only tested to ambient temperature. Under the current rating standard AS/NZS3008.1.1:2017 many LV power cables are able to operate with current ratings inducing conductor temperatures of 90°C and some up to 110°C, so if specified for a project, the cables may only be considered flame retardant if they are not energised! Whilst it is well documented that electrical wires have caused fires from short circuit or overload, there is no mandatory test on electric cables for ignition under overload or short circuit. In 2001 in the Ji-cable conference report, released in Paris June 2011, Australia universities reported their results in tests that show some common LV polymeric cables (that meet AS/NZS1660.5.1) can self-ignite within 60 seconds when subjected to gross overloads under un-cleared short circuits.

The method for testing the smoke generated by cables during a fire is AS/NZS 1660.5.2 (harmonised with IEC61034). Cables are burnt in an alcohol flame and the standard does not require testing to be completed in a non-flaming mode. This may lead engineers to believe cable materials are low smoke, however many insulating materials generate significantly more smoke in a non-flaming mode than in a flaming mode, which is not necessarily tested. In the case of an un-cleared short circuit/overload, incomplete burning or high heat the cable may not be low smoke at all.

Toxic by products of combustion

The testing standard for toxic halogen gas emissions in fire is another measure to consider in the best choice of cable. The standard AS/NZS 1660.5.3 (IEC 60754.1) is widely tested to in Australia and around the world. There is a belief that Haolgen free cables will be safer in a fire. Unfortunately the common practice for Halogen free cables, is for them to be manufactured with polyethylene insulation. This is a low cost material, although it has extremely high calorific value in a fire and can generate more heat, eat more oxygen and generate large amounts of toxic carbon monoxide, particularly where burning is taking place in reduced oxygen environments, like most building fires. CO is not a Halogen gas, but is highly toxic and is claimed to be responsible for many toxicity deaths in fires.

The key message here – is the cable specified fit for purpose? Whilst it may meet the standards, will it be the best choice and stand up to a real danger in a critical incident? There are multiple factors to consider when choosing cable and particularly when designing wiring systems for life safety and fire fighting equipment. As current standards have limitations, it is important to ensure that all precautions and factors have been properly assessed. Fortunately there are wiring systems and expertise to address all these concerns.